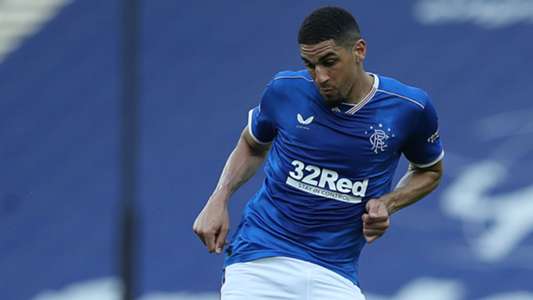 Following his impressive debut campaign in Scotland, the Nigeria international will continue his adventure in Steven Gerrard’s squad next season

Rangers have confirmed the extension of Leon Balogun’s contract which will keep him at Ibrox Stadium until the summer of 2022.

The 32-year-old joined the Gers on a free transfer from Wigan Athletic last July and he has been a key part of Steven Gerrard’s defensive set-up.

With 19 Premier League appearances under his belt so far this season, Balogun has played a crucial role in Rangers’ defence as he won the first title in his professional career which includes a 33-match unbeaten streak.

The extension gives the former Brighton & Hove Albion player a chance to help the Gers retain the league crown next season and he is also hoping to play in front of the club faithful after the coronavirus restrictions come to an end.

“Today is a very happy day and a very proud day announcing my contract has been extended for another year,” Balogun told the club website.

“I am proud to be a part of this amazing club and I felt that pretty early on I had fallen in love with the club and the working environment, the way the players and the management staff work and the way the club is a big family, I am happy and proud that I can call myself a Rangers player.

“I am happy to be a part of the team that won the league, but what we have been saying recently is we are just getting started and I am happy that I can be a part of this. I said a few weeks in to one of my family, I wish I had been at a club and an environment like this early-on in my career.

“I am very, very happy and proud that this can now be announced. One thing too, I was never going to leave before witnessing a full Ibrox Stadium, and if everyone was happy, I was going to stay.”

Meanwhile, Rangers director Ross Wilson applauded the Super Eagles centre-back for adapting quickly to life in Glasgow and his impact on Gerrard’s squad.

“Before we even consider the quality of his football I am delighted that we will have Leon’s character, personality and professionalism here with us at Rangers again next season,” Wilson said.

“Leon joined us last summer on a free transfer and has played an outstanding part in our success as a team and towards a cohesive defensive unit. He loves being a Rangers player and has settled extremely well into life in Glasgow.”

Dodgers get by the Rockies, helped by Turner, McKinstry home runs

Club America advances thanks to away goals despite 1-0 loss to C.D. Olimpia