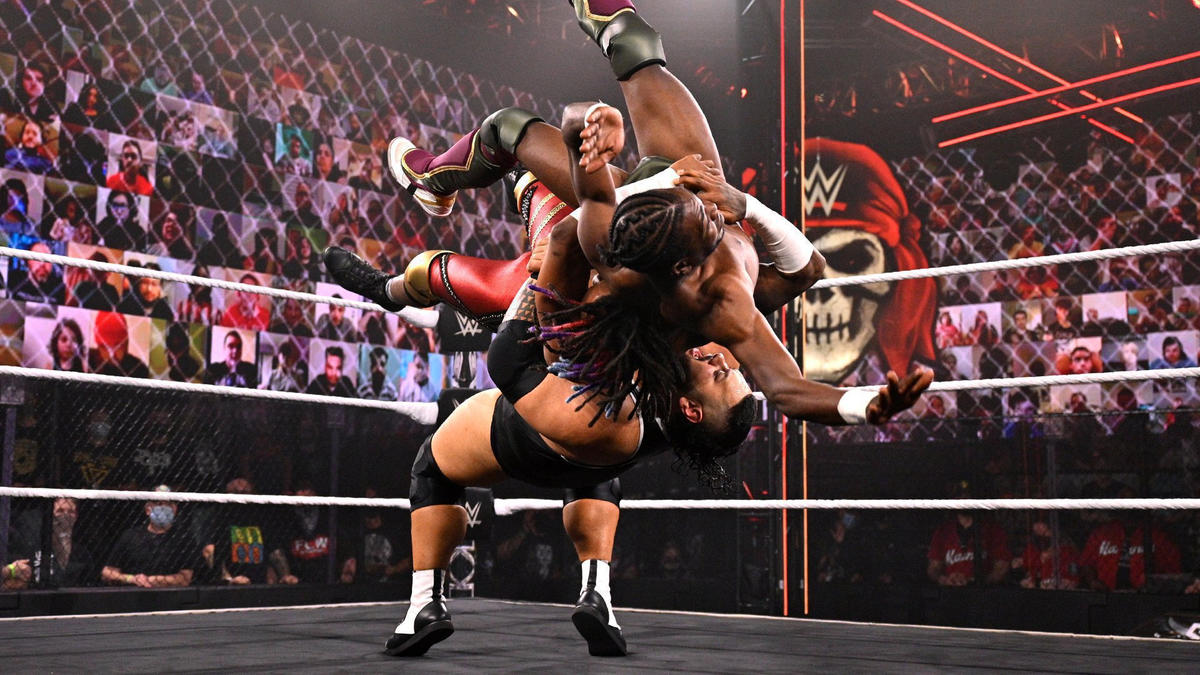 In heroic fashion, the Colossal Bronson Reed outlasted five other Superstars in the Gauntlet Eliminator and earned the right to challenge Johnny Gargano for the NXT North American Championship on Night 2 of NXT TakeOver: Stand & Deliver.

In accordance with Gauntlet Eliminator rules, Isaiah “Swerve” Scott kicked things off against Leon Ruff. Every three minutes, another competitor entered. The only way to be eliminated was via pinfall or submission. The last man remaining would challenge Gargano on Thursday.

Prior to the start of the contest, Scott attacked Ruff as he made his entrance. Despite that, both Superstars fought tooth-and-nail until they were laid out on the canvas when the mammoth Reed entered and began to dominate his opponents with a monster double German Suplex.

As Dexter Lumis entered next, Scott picked up the quick pin on Ruff. Lumis’ slow, methodical offense took charge until he and Reed began to slug it out.

The final three competitors – Reed, Grimes and Scott – engaged in an all-out battle. Although Scott and Grimes began a 2-on-1 attack on Reed, Scott soon betrayed his would-be partner and used the tights to pin Grimes.

After withstanding a devastating fall from the top rope onto the apron and kicking out of Scott’s 450 Splash and so much more, Reed roared back with a powerbomb before finishing off his prey with the Tsunami.

Reed has claimed his proverbial potential golden ticket. Will he be able to reign supreme over Gargano to take possession of the NXT North American Title? Find out Thursday night at 8/7 C, streaming exclusively on Peacock in the U.S. and on WWE Network everywhere else.