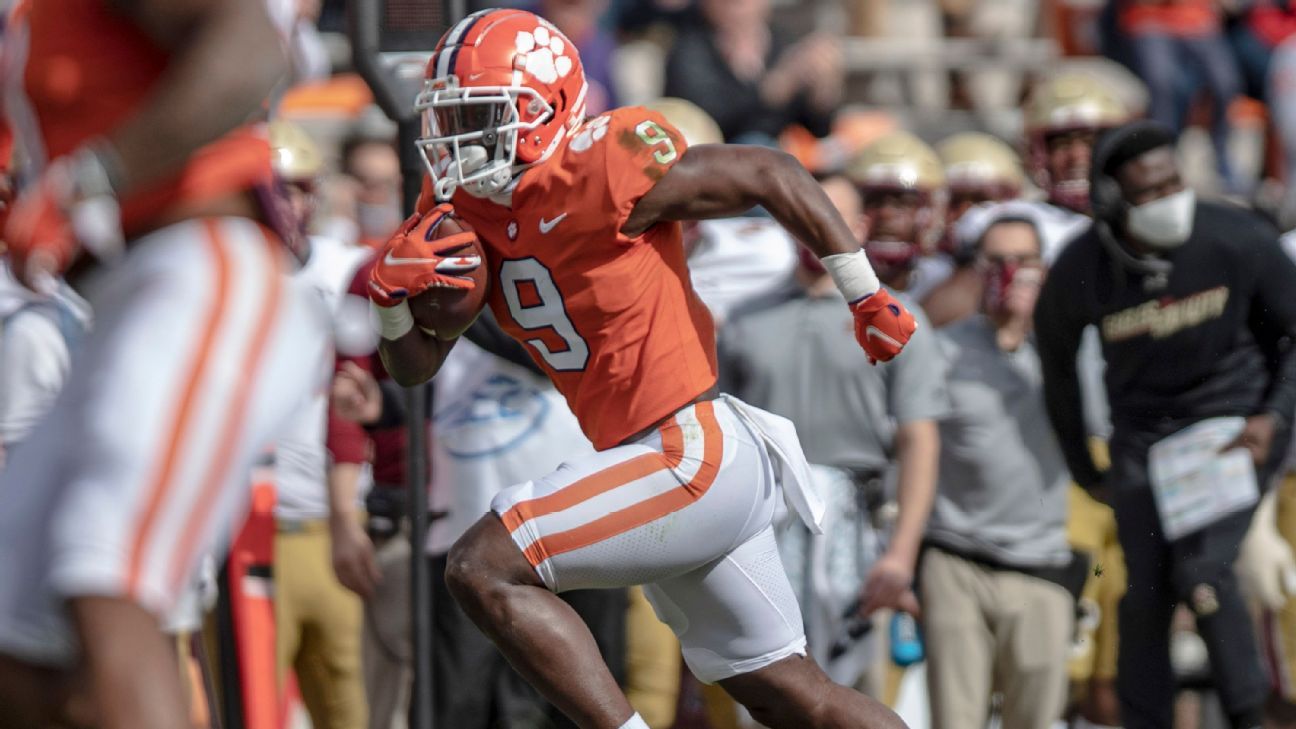 BUFFALO, N.Y. — The Buffalo Bills own the No. 30 pick in the 2021 NFL draft — unfamiliar territory for a team fresh off its first AFC Championship Game appearance since 1993.

They aren’t picking at the end of the first round because they traded down with a contender; they’re there because they are the contender. Looking at the Bills’ roster, which general manager Brandon Beane has kept largely intact this offseason, there aren’t any major holes as much as there are areas for improvement.

Because of that, Buffalo can follow a number of different paths when the draft begins April 29 in Cleveland (ESPN and ESPN the App) — it can make the safe move, pull off a trade or try for a home run.

Listening to Beane, it’s impossible to discern where he views the Bills’ biggest area of need. But based on his actions, one could reasonably assume it’s the starting cornerback opposite Tre’Davious White.

Buffalo drafted Dane Jackson in the seventh round in 2020 and brought back three-year starter Levi Wallace with a one-year deal during the first week of free agency. Bills defensive coordinator Leslie Frazier said of Wallace: “He understands he can never relax.”

Beane said he’s content to let Wallace and Jackson compete for the starting job, saying of Jackson: “He’ll have every opportunity next year to not only win a spot, but we’ll see who starts opposite Tre.”

But White, Wallace and Jackson are the only outside cornerbacks on the Bills’ roster, and there could be several on the board when they pick at No. 30.

Over the past few weeks, South Carolina’s Jaycee Horn, Alabama’s Patrick Surtain II and Florida State’s Asante Samuel Jr. have likely risen up draft boards with strong performances at their pro days. Virginia Tech’s Caleb Farley, once believed to be the best cornerback in the draft, had back surgery and has thus shaken up some analysts’ rankings at the position.

ESPN draft analysts Mel Kiper Jr. and Todd McShay both project Horn, Surtain and Farley to be off the board before the Bills’ pick, but even if all three are gone the Bills should have players such as Northwestern’s Greg Newsome II or Georgia’s Eric Stokes to choose from.

That said, the 2021 cornerback class is one of the draft’s deepest position groups and players such as Syracuse’s Ifeatu Melifonwu and Trill Williams, or Stanford’s Paulson Adebo could be available in the middle rounds. Given the depth at cornerback, the Bills could go a different route with their first-round pick.

Look for a trade

In 2018, the Philadelphia Eagles received a pair of second-round picks and a fourth-round pick in exchange for the No. 32 pick and their 2019 fourth-round pick. The Ravens traded up to snag franchise quarterback Lamar Jackson.

If the opportunity arises, it would be prudent for Buffalo to attempt a similar deal. With the draft value of the No. 30 pick, the Bills could get an extra second-round pick this year and possibly recoup the fourth-round pick they sent to the Minnesota Vikings as part of last year’s trade for receiver Stefon Diggs.

Beane has been aggressive on draft day, trading picks to select quarterback Josh Allen and linebacker Tremaine Edmunds in 2018 and offensive lineman Cody Ford and tight end Dawson Knox in 2019. Those trades involved trading up instead of down, however, and it might behoove the Bills to package some of their later-round picks to acquire another in the top four rounds — a strategy that would work even after trading out of the first round. Based on the draft pick value chart, combining their two fifth-round picks would be enough to trade into the late fourth round.

Buffalo is in its championship window and will get more use out of players ready to contribute now rather than players who need time to develop. For that reason, the Bills’ third option with their first-round pick might make the most sense.

Swing for the fences

Yes, the Bills could use a long-term starter at cornerback and depth for their offensive and defensive lines — or they could make the NFL’s second-ranked offense even more potent. Buffalo ranked 20th in the league last season in rushing yards, and Beane has expressed a desire to improve in 2021. The Bills spent third-round picks on running backs Devin Singletary (2019) and Zack Moss (2020), but neither was a focal point for opposing defenses last season.

Considering the money Buffalo has invested into its offensive line this offseason by re-signing starters Daryl Williams and Jon Feliciano, it’s safe to assume any improvement to the rushing attack would be made in the backfield.

“We believe that we have the pieces to run the ball better,” Beane said. “We believe in Devin. We believe in Zack. Again, we’ll continue to look for competition.”

Enter Clemson running back Travis Etienne, who has star potential as the ACC’s all-time leader in touchdowns scored with 78. His speed (4.41 40-yard dash) and size (5-foot-10, 215 pounds) make him tough to tackle and keep up with, and his efficiency as a pass-catcher (85 receptions over the past two seasons) gives Allen another target. He’s a backfield option opponents will have to respect.

Alabama running back Najee Harris is another viable option if he is still available. Although there are widespread critics of selecting a running back in the first round, context matters. Because the Bills are ready to contend right now, they can maximize the shelf life of a first-round running back.

Another possibility for a home run would be drafting Miami pass-rusher Jaelan Phillips, who was once the No. 1 high school recruit in the country. He is as talented as any pass-rusher in this year’s class, but did medically retire because of his history of concussions before returning the football and transferring from UCLA to Miami. That medical red flag could push him into the late first round, but if he gets a green light from Buffalo’s medical staff, he could develop into an elite option alongside last year’s second-round pick AJ Epenesa, giving the Bills two young pass-rushers to take over for veterans Jerry Hughes and Mario Addison.

All three players have a high-risk high-reward potential, but considering how close they are to reaching the Super Bowl, the Bills can afford to swing big in the first round.

The New York Giants desperately need to draft an edge rusher, but when? – NFL Nation