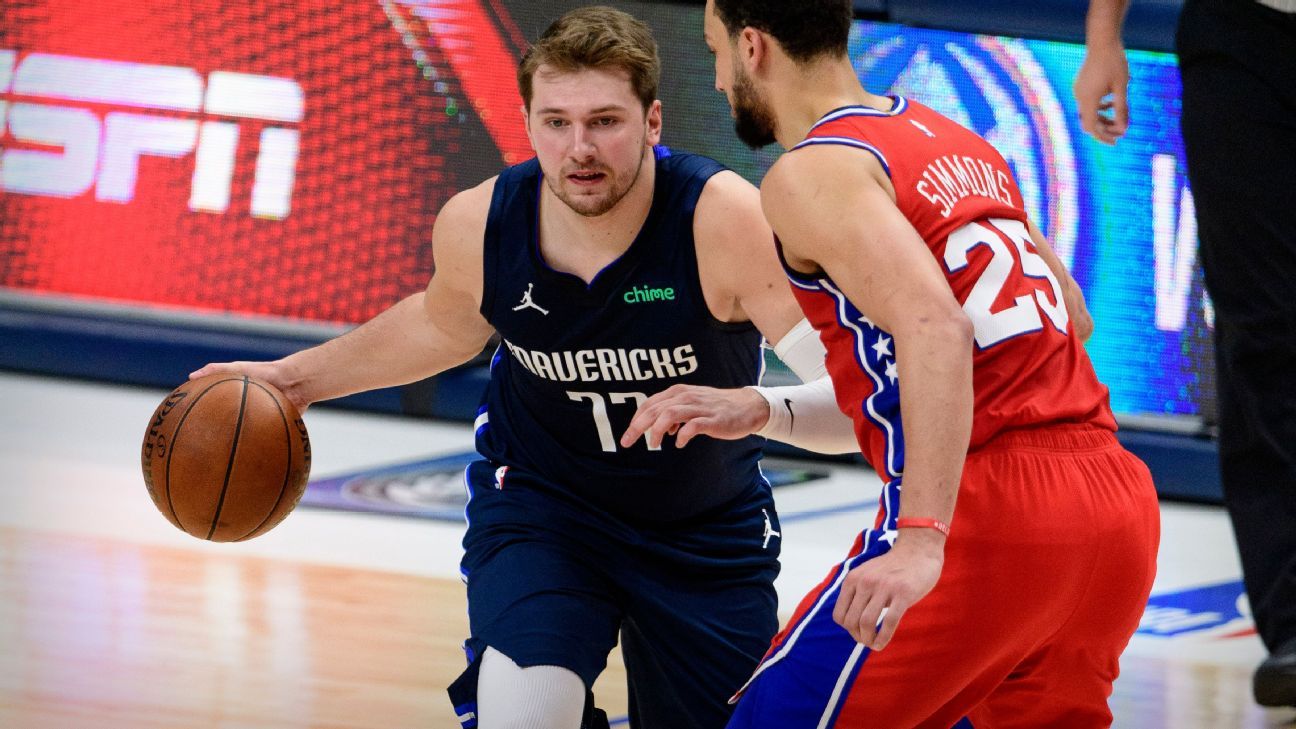 “I don’t understand the idea of a play-in,” Doncic said Monday after a 113-95 loss to the visiting Philadelphia 76ers, the Mavs’ third defeat in four games. “You play 72 games to get into the playoffs, then maybe you lose two in a row and you’re out of the playoffs. So I don’t see the point of that.”

Dallas (29-24) is in seventh place in the Western Conference standings, meaning they would have to participate in the play-in tournament if they can’t move up. The Mavs are two games behind the Portland Trail Blazers, who own the tiebreaker between the teams due to beating Dallas in two of their three meetings.

The NBA board of governors unanimously approved a proposal to implement a play-in tournament for this season, after the league used it for the first time prior to the playoffs in the bubble last summer.

“We’re just trying to get to the sixth spot,” Doncic said. “I think that’s our goal right now. Maybe even [higher] than the sixth spot.”

Golden State Warriors forward Draymond Green, whose team currently sits in 10th place in the Western Conference, offered his take on the play-in concept earlier this month, saying that “fighting for a play-in spot does not motivate me.”

Green, who has won three NBA championships during his nine-year career with the Warriors, added that the idea of squeezing into the postseason isn’t going to motivate him any more than not wanting to lose already does.

“I want to win every game I play because I hate losing,” he said. “That s— really bothers me. So that’s what motivates me, not fighting for some play-in spot.”

Information from ESPN’s Nick Friedell was included in this report.