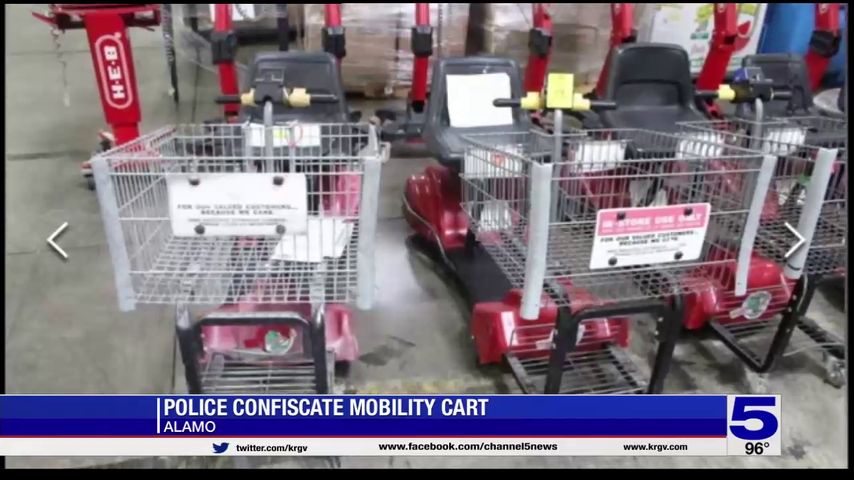 A Donna man said Alamo Police confiscated his wife’s mobility cart after purchasing the item from a man on Facebook.

Felix Daniel Garcia said he was searching for a mobility cart for his wife following recent foot surgery.

Garcia said he found a man selling one on Facebook, and on March 14, a surveillance video shows him leaving Jesus Peña’s business with the cart in the bed of his truck.

The next day, while running an errand in Alamo, Garcia said a police officer pulled him over and confiscated the cart.

“He said, ‘I have to take the cart because you don’t have anything to prove that you bought it and it looks like the ones at HEB,’” Garcia said.

He said the police officer told him Alamo PD would return the cart once he could show proof that he bought it.

Garcia said he returned to the business where Peña gave him a bill of sale and explained that mobility carts his company sold came from auctions from different stores, including HEB.

However, when Garcia went to the police station with the proof of purchase, he said the police informed him he wouldn’t get the cart back just yet.

Alamo Police Chief Richard Ozuna said officers were working on verifying that the cart was purchased and not stolen but that the process took some time.

Garcia said he received news from Alamo Police, giving him the green light to pick up his mobility cart.

Smerconish: Is 1 shot for all better than none for some?