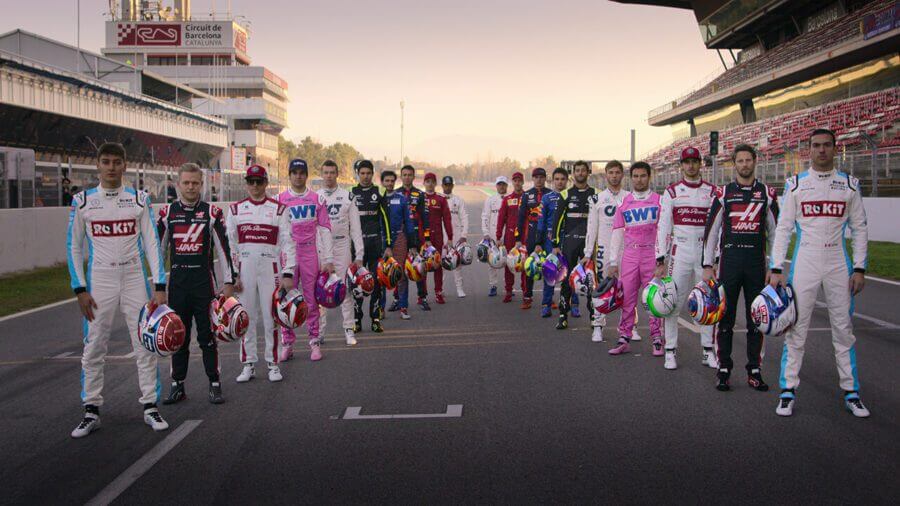 F1: Drive to Survive is returning for its third season shortly before the 2021 F1 season starts and according to a prominent F1 journalist, the Netflix team behind Drive to Survive are once again back at it which signals that the show will be coming back for season 4.

For those unaware, the docu-series F1: Drive to Survive takes a look back at the previous year’s F1 season often a few weeks before the new season begins providing fans a way of getting up to speed or relive the events to get amped up for the new season.

Through exclusive interviews, the series covers the F1 season in a unique way looking at the biggest news and stories in F1 for that year.

So onto season 4, nothing official has been announced just yet but film crews associated with the show have been spotted meaning it looks like it’s almost certainly moving ahead.

The news comes via Julianne Cerasoli on Twitter who is a Brazillian sports journalist who reports that the film crew for Netflix is currently tailing Red Bull’s new signing Perez saying:

“A little behind the scenes: Perez is giving an interview via Zoom and, behold, two professionals who work on the filming of Netflix are behind him … it seems that they are already starting the fourth season even before the third premieres!”

Once again, there’s going to be a lot to cover for the F1 docu-series given the transformed grid with new teams and plenty of personnel swaps to cover and that’s before the season even gets underway.

The official 2021 F1 season is due to get underway on March 28th with the first race being in Bahrain as opposed to the usual start of the season which traditionally takes place in Australia.

The British-based Box to Box Productions will also be busy with other projects for other streamers this year with them set to be filming a docu-series for Apple TV+ based on the world surf league.

Are you excited at the prospect of a fourth season of F1: Drive to Survive? Let us know in the comments.