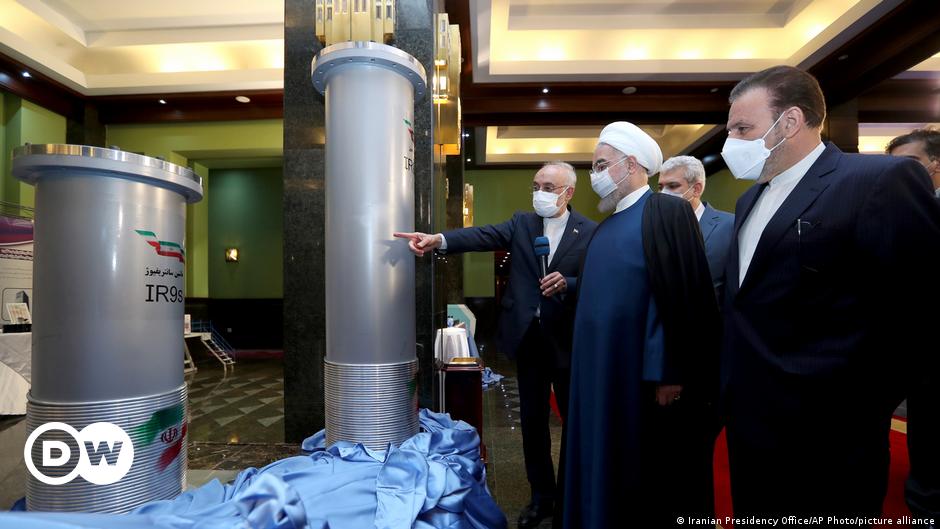 Iran on Tuesday said it would start producing 60%-enriched uranium, putting Tehran a step closer to building a nuclear bomb.

The announcement comes after the Islamic Republic accused Israel of being behind Sunday’s attack on Natanz, a key atomic site.

It also casts a shadow over diplomatic efforts in Vienna to revive the 2015 deal that former US President Donald Trump withdrew from three years ago.

“We expect to accumulate the product next week,” wrote Kazem Gharibabadi, the country’s ambassador to the International Atomic Energy, on Twitter.

The move will bring Iran closer to the 90 percent purity threshold for military use and shorten its potential “breakout time” to build an atomic bomb.

Gharibabadi, however, said that the step would “improve significantly both the quality and quantity of radiopharmaceutical products.”

Tehran has always claimed that its program is peaceful, for medical and power generation purposes.

As part of the nuclear deal, Iran vowed to keep enrichment to 3.67 percent, though it had stepped this up to 20 percent in January.

Israel, which has not claimed responsiblity for Sunday’s attack, is opposed to US President Joe Biden’s effort to revive the deal.

What has the US said?

The United States said it stood by Israel but remained committed to the Iran talks despite Tehran’s enrichment plan.

“We believe that the diplomatic path is the only path forward here and that having a discussion, even indirect, is the best way to come to a resolution.” 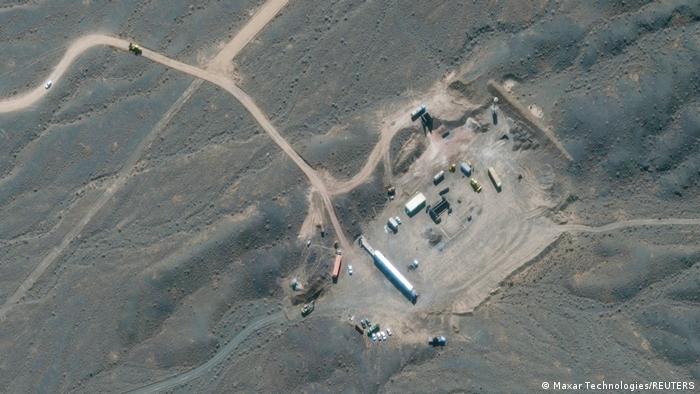 What has been the reaction from Iran?

But Israel’s Kan public radio cited intelligence sources as saying that Israel’s Mossad spy agency had carried out a cyber attack at the site.

Iranian Foreign Minister Mohammad Javad Zarif on Monday vowed to get “revenge” for the strike, blaming the Israeli government for trying to scupper talks with world powers in the Austrian capital. Moscow and Tehran’s top diplomats met in Tehran on Monday

Zarif, after talks with his visiting Russian counterpart Sergey Lavrov, said the P5+1, the world powers who helped strike the nuclear deal, would gain no extra leverage in Vienna through “acts of sabotage” and sanctions.

“If they think our hand in the negotiations has been weakened, actually this cowardly act will strengthen our position in the talks,” he was quoted by Iranian state media as saying.

What is happening in Vienna?

Diplomats are looking at how to revive the 2015 accord with delegates describing last week’s discussions as “constructive.”

Representatives from Iran, China, France, Germany, Russia, and the United Kingdom are expected to be back around the table on Wednesday.

US representatives are not officially part of the talks as Iran says it will not engage directly with them until all sanctions imposed by former President Donald Trump are lifted.

However, European diplomats relay messages on their behalf.

As part of the original deal, struck under the Obama administration, Iran also agreed to allow in international inspectors in return for the lifting of crippling economic sanctions.

Tehran also agreed not to engage in activities, including research and development, which could contribute to the development of a nuclear bomb.