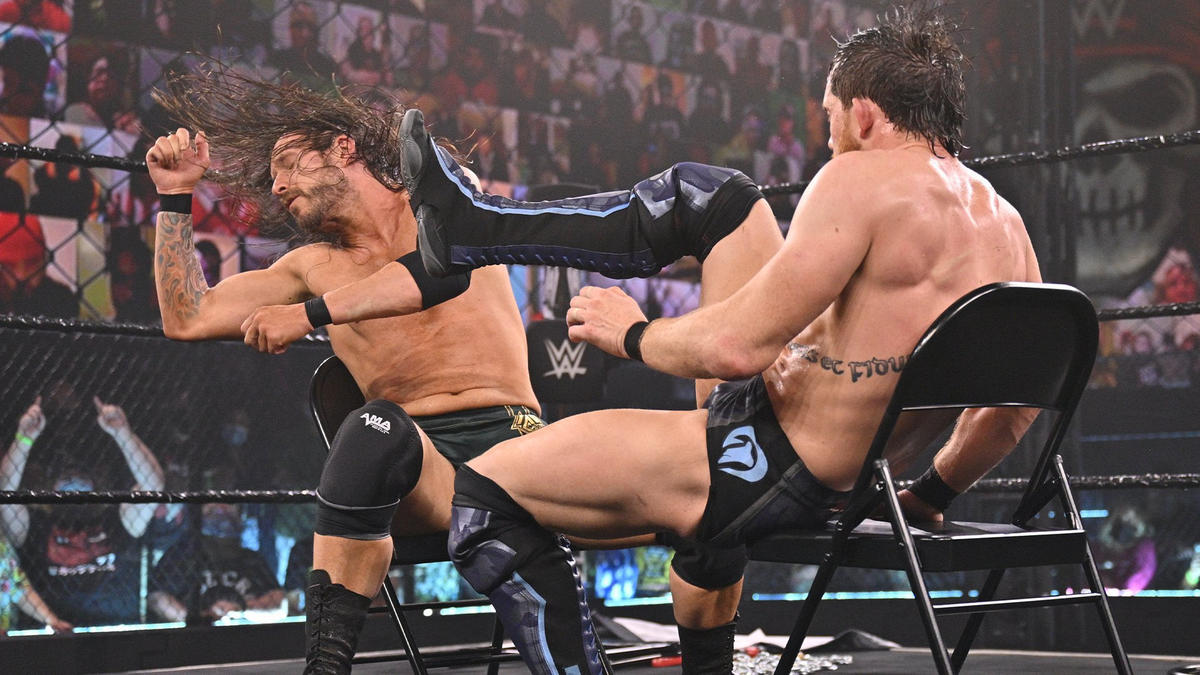 After both bitter rivals left nothing but absolute devastation in their wake, Kyle O’Reilly ultimately triumphed over his former Undisputed ERA brother Adam Cole in the ultra-destructive co-main event like nothing seen in NXT before.

The Unsanctioned Match was pure brutality from start to finish. Battling inside and outside the ring, with both men utilizing the ringside gate, numerous steel chairs, low blows, the steel ring posts, ring steps, chains and the dangerous contents of a toolbox in the most demented of ways.

Cole primarily focused his attack on his one-time cohort’s pre-existing neck injury including pushing O’Reilly off the top of the top rope to the ringside floor and onto his damaged area. But no matter what he threw at him, O’Reilly fired viciously back in his search for redemption with no regard for the humanity of either his adversary or himself.

In one awe-inspiring moment, a battle on top of the announce table culminated with O’Reilly delivering a monster suplex that sent Cole bouncing off the surface. Seconds later, Cole answered by smashing a television into O’Reilly’s face.

Not even the referee was safe. When the official got in Cole’s way, the enraged Superstar took him out as well, a move that worked against him when he wasn’t able to successfully pin O’Reilly moments later and left him admonishing the unconscious ref.

With carnage in every corner, the match continued outside the ring and when O’Reilly locked in the Guillotine on the ramp, Cole proceeded to drive his foe through the steel floor. He then followed up by suplexing O’Reilly onto the steel steps.

Back inside the ring, the gruesome action continued to unfold with both Superstars doing the unspeakable to try and finish the other.

Finally, when Cole had his foe on the top rope at the height of the action, O’Reilly suddenly delivered a low blow to give Cole a taste of his own medicine. He then wrapped the chain around his leg and leaped down on the back of Cole’s neck and drove him through a chair to get the pinfall.

Kyle O’Reilly may have sold his soul to Undisputed ERA. But at Stand & Deliver, he used the viciousness of the Unsanctioned Match to buy it back with interest.