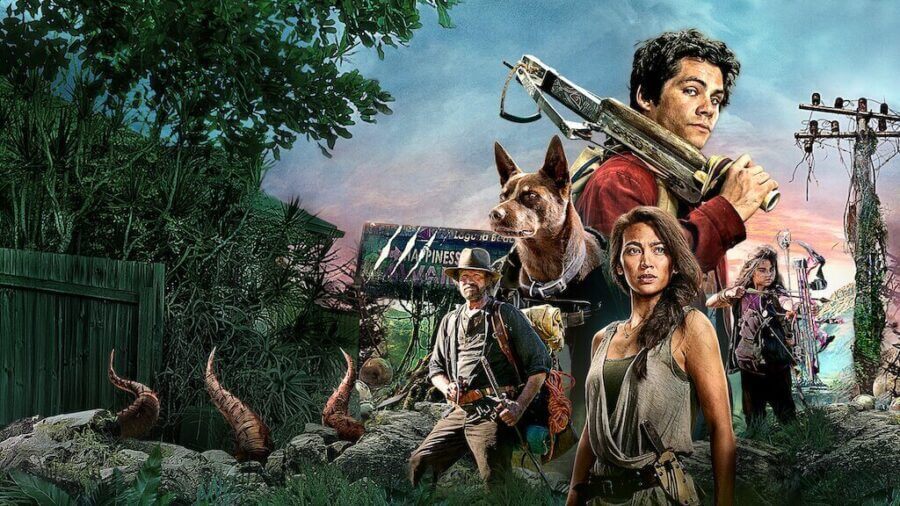 Looking for the perfect combination of action, drama, romance, and comedy? Love And Monsters, the Paramount movie, will be landing on Netflix on 14 April 2021. That is, everywhere except from Netflix in the United States.

Love and Monsters is an upcoming teen comedy-drama directed by Michael Matthews and produced by Stranger Things’ Shawn Levy and Dan Cohen.

The movie has been in the works since 2012, and was due for a global theatrical release in February 2021. However, due to the pandemic, the release plans shifted. Instead, the movie received a PVOD release on certain US platforms, as well as a limited release at a handful of US theaters in October 2020.

Then on St Patrick’s Day 2021, Netflix announced that it would be streaming the movie everywhere apart from the US next month:

LOVE AND MONSTERS! And @dylanobrien! And a very, very good dog!

The wild adventure comedy (and newly-minted Oscar nominee) is available on Netflix everywhere outside the US on April 14. 💙👹 pic.twitter.com/wtaZ0fx1XV

Based on the success of its limited theatrical release, it looks like Love And Monsters will be a hit. Early fan reviews are positive, and the movie is nominated for Best Visual Effects at the 93rd Academy Awards.

What is the plot of Love And Monsters?

Here’s what we know about the plot of the “fun-filled and action-packed adventure” so far, as supplied by IMDb:

“Seven years after the Monsterpocalypse, Joel Dawson (Dylan O’Brien), along with the rest of humanity, has been living underground ever since giant creatures took control of the land. After reconnecting over radio with his high school girlfriend Aimee (Jessica Henwick), who is now 80 miles away at a coastal colony, Joel begins to fall for her again. As Joel realizes that there’s nothing left for him underground, he decides against all logic to venture out to Aimee, despite all the dangerous monsters that stand in his way.”

Who stars in Love And Monsters?

Love And Monsters has a small cast, featuring some famous faces as well as lesser-known actors:

Where can viewers in the United States watch Love And Monsters?

Although viewers in the US can’t watch Love And Monsters on Netflix, there is still hope for you to view it elsewhere.

The movie is currently available to stream on the platforms that received it for its PVOD premiere. These include AppleTV, Prime Video, VUDU, and Fandango Now. It’s also likely that Paramount+ could receive Love And Monsters in the future.

Will you be watching Love and Monsters when it lands on Netflix? Let us know in the comments!