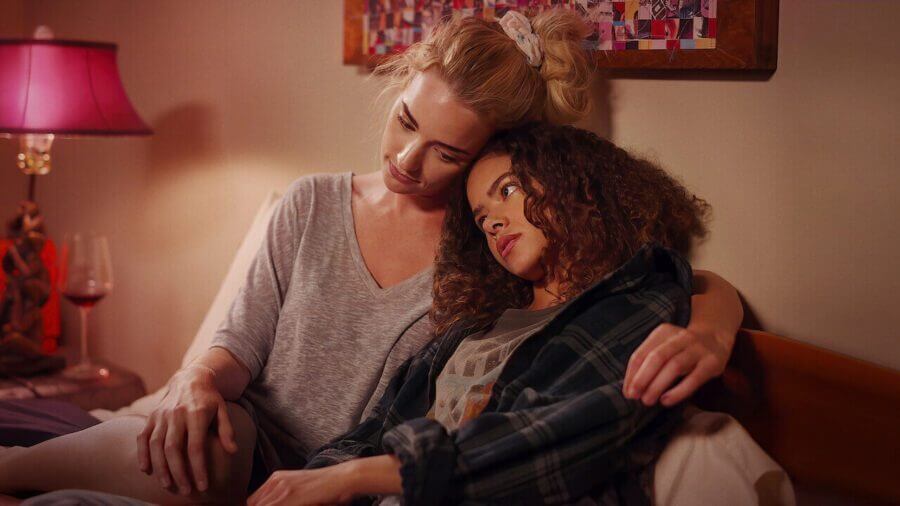 Not even a little bit of Taylor Swift-related controversy is enough to bring down new teen drama, Ginny & Georgia. Since launching back in February, the show has consistently stuck in the top 10 TV shows on Netflix.

Fans are already calling out for a second series of Ginny & Georgia. While that’s highly likely, it hasn’t been officially confirmed yet.

While you’re waiting patiently, we’ve got you covered. Here’s our roundup of other shows and movies to stream if you enjoyed Ginny & Georgia.

Note: All these shows are available on Netflix US, but international availability may vary. Netflix Originals tend to be available to streamers everywhere, though.

If you enjoyed the mother-daughter-relationship aspect of Ginny & Georgia, we recommend checking out Gilmore Girls.

This classic feel-good drama first aired back in 2000 and ran for seven seasons. Single mother, Loralei, and her talented daughter, Rory, are more like sisters than mom and daughter. In order to borrow money to pay for Rory’s private school tuition, the pair rekindle a relationship with Loralei’s estranged parents, and a weekly ‘Friday night dinner’ becomes a tradition.

Once you’ve made your way through the original TV series, there’s also a four-part Netflix Original special to enjoy. Gilmore Girls: A Year in the Life picks up with the pair nine years after the last episode.

If you’re looking for an emotional drama exploring close female friendships, Firefly Lane could be a good pick. Based on the popular novel by US author, Kristin Hannah, the show covers thirty years of Tully and Kate: two best friends who meet on their first day of school.

As well as plenty of girls’ nights, cocktails, and romances, the series also covers raw topics such as divorce, health issues, and what happens when best friends grow apart.

Although the series has not officially been renewed for series two yet, we expect that decision to come from Netflix soon. After all, there’s still plenty of source material from the novel (and its sequel) to cover.

When Vivien (Hadley Robinson) finds a radical zine produced by her own mother, she decides to follow in her mom’s footsteps and start a feminist movement in her high school. Directed by and starring Amy Poehler. Check out our full piece on Moxie here.

To All The Boys Franchise N

Yearning for a teen movie that’s sweet and romantic, without being cheesy? We recommend getting to know settling in with the To All the Boys I’ve Loved Before movie franchise.

Based on the series of YA novels of the same name, To All The Boys follows the love life of confused high-schooler, Lara-Jean. Whenever she has a crush that she doesn’t know what to do with, she writes the boy a letter and ‘posts’ it in a box inside her closet. However, disaster strikes when someone unearths the secret messages and hand-delivers them around the school.

Fortunately, it all ends OK for Lara-Jean, her crushes, and her sisters, and we have two more movies to enjoy. The final movie takes us up to Lara-Jean’s decision on which college to attend. And of course, a boy is involved…

First airing in 1998, this hormone-fueled teen drama is a bit of a blast from the past. However, fans who watched it the first time around will insist that it’s a classic.

The drama follows teen heart-throb, Dawson Leery (played by James Van Der Beek), and his many relationships and friendships with the other kids around the town of Capeside and its creek. At the time, the show was notoriously steamy (though you’ll have to judge that for yourself).

Many fans have praised how Ginny & Georgia took the genre of small-town drama and incorporated much darker elements. If you’d like to go even darker, we suggest checking out Good Girls.

Good Girls follows a trio of suburban moms who turn to crime in a bid to resolve their financial troubles. While they start off robbing their local grocery store for extra cash, they end up embroiled in serious crimes such as money laundering, drug trafficking, and worse, along with some seasoned criminals and scary characters. It’s an interesting exploration of how good people end up getting sucked into terrible things.

What will you be watching on Netflix after finishing Ginny & Georgia? Let us know in the comments below.