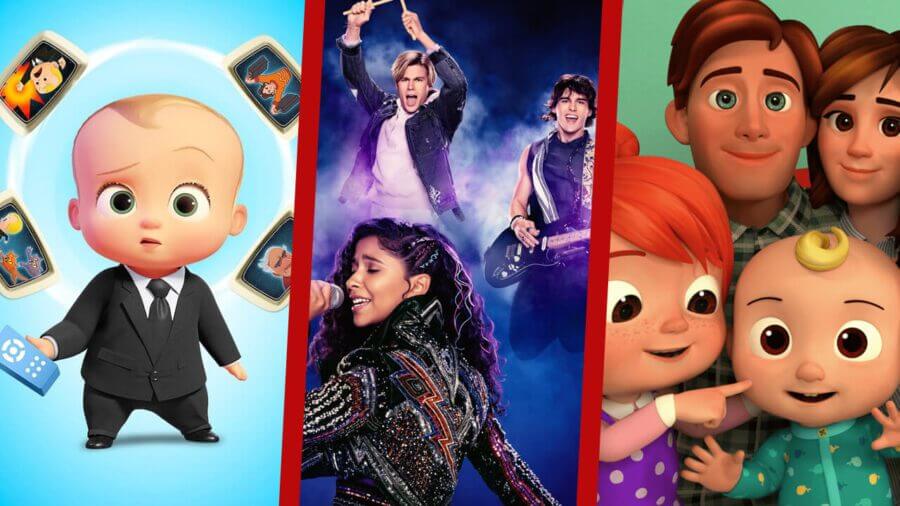 This is the second of a set of articles that look at how Netflix fared with the kid’s audience in 2020 based on publicly available metrics. As mentioned in the previous section, a significant evolution in the battlefield for 2020 was the addition of two new metrics, Nielsen Top 10 and Netflix Trending data. Let’s look at how Netflix’s kids TV series performed.

The importance of kid’s series have been undeniable in “streaming wars” since Netflix committed to a massive TV deal with DreamWorks Animation in 2013. Given this longstanding association, the next logical question is what have Netflix ever told us about performance? The answer is fierce little. Netflix have never released a single viewing statistic on any kid’s series. This includes all 25 DreamWorks titles such as Spirit Riding Free, The Boss Baby: Back in Business and 2020’s Jurassic World Camp Cretaceous.

Now to be fair, Netflix only started releasing any statistics with regularity over the past 2 years. The first kid’s film to see data was Klaus from Christmas 2019. Assuming that performance of DreamWorks content on Netflix stays between DreamWorks and Netflix, what other releases might we have expected to see? Visible by omission is the lack of celebrated fanfare relating to the first kid’s series to come from high-profile showrunners. Julie and the Phantoms, which launched in September, was helmed by High School Musical director Kenny Ortega. Animation veteran, Glen Keane, saw announced success for his film Over the Moon (launched in October), but Trash Truck, the pre-school series from his production company (launched in November) didn’t get the same ceremony.

That’s not necessarily to say that the absence of Netflix “datacdotes” for these series is a definitive statement on their success or otherwise. As mentioned previously, kids are a subset of the broad audience Netflix tries to capture. Kid’s series are a subset again and don’t have the same broad family event quality of a film. These factors would render any numbers achieved undoubtedly smaller, somewhat neutralizing bragging rights.

And so, we are left to “fish where the fish are” in terms of data available for series. A well-populated pond to start is with our friends in FlixPatrol, who track and aggregate Netflix worldwide trending data. Looking here, however, we’re left slim again, with only 5 kids series featuring in the top 100 for 2020 per below chart:

It’s worth highlighting that Cocomelon and Jurassic World: Camp Cretaceous have managed to pull spots 2 and 3 in the overall 2020 numbers despite being new to the platform in June and September respectively.

What about Nielsen Data?

Our final publicly available metric is Nielsen’s US minutes watched for streaming. January saw them release a roundup of stats for 2020 as a whole across original series, acquired series and movies. The Boss Baby: Back in Business from DreamWorks was the only kid’s series to feature. It came 8th among originals with 12.6 billion minutes streamed. This series saw a generous year in terms of new content, following an empty 2019. Series 3 and 4 launched in March and November respectively (following a similar pattern to series 1 and 2 which launched in April and October 2018). In addition to this an interactive special The Boss Baby: Get that Baby! came to the platform in September.

The Boss Baby: Back in Business also snuck through into Nielsen’s weekly top 10s during its November launch period, coming in at number 9. 90s classic Sister, Sister dropped all 6 series on the platform in September and immediately hit the top 10.  YouTube originated Cocomelon also peaked through for a week in August.

The kid’s series to hit the weekly Nielsen top 10 rating most heavily was The Legend of Korra. This follow-up series to Avatar: The Last Airbender ran on Nickelodeon between 2012 and 2014. All series dropped on Netflix US in August. Followed by both fans and kids, this enjoyed a consistent presence during its entire launch month.

The good news in all this data dearth is the advent of three categories now supplied weekly by Nielsen since the start of 2021. This will allow us to see a little further into what’s happening for kids generally. New series, Gabby’s Dollhouse and a new tranche of episodes for Jurassic Park Camp Cretaceous saw them both cutting through in January. Although Cocomelon only snuck through to the Top 10 once in 2020, results for 2021 suggest it might have sat just below, featuring in 2 weeks so far. A mountain of minutes watched would marry with the proven repeatability modeled by this IP on YouTube.

We’ve also seen another instance of classic sitcom relicenses come through with Henry Danger, demonstrating the double strength potency kids have with comfort television. But can Netflix’s short-order TV series fill the gap that is being left by legacy output deals? Sister, Sister has 70 episodes, Henry Danger has 64. Arguably Netflix’s most successful kid’s sitcom, Alexa and Katie concluded with a total of 39 episodes. Team Kayla is yet to see renewal news, ditto for Julie and the Phantoms.  If multi-season value can’t be driven by high-end creators like Kenny Ortega, Netflix will have a problem.