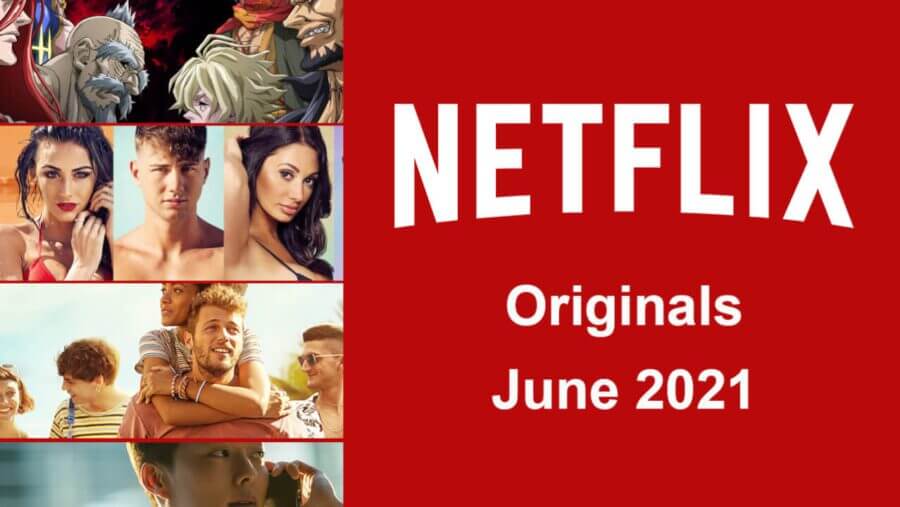 It’s time to look ahead at what’s set to arrive on Netflix throughout the month of June 2021 as part of the wider Netflix Original lineup.

As we mentioned, we’ll constantly be adding to the list as and when we learn of new titles scheduled to release throughout the month.

For the most part, these Netflix Originals will arrive on Netflix globally unless stated otherwise. We’ll have individual countries release schedules throughout the month of May.

Too Hot To Handle (Season 2)

Releasing in batches starting in June will be the return of the Too Hot To Handle with new episodes Wednesdays.

For those unfamiliar, the show takes place in a tropical paradise where singles meet but they’re not allowed to “do it”.

The good news is that the series has been renewed through to season 3 meaning plenty more is on the way. In addition, a Brazillian spin-off of the show is due to be released at some point this year too.

Coming out of South Korea is Sweet & Sour which depicts the relationship of three young people.

The Spanish hit series Elite returns with a refreshed cast and the promise of even more episodes in the future with season 5 announced.

Record of Ragnarok / Shuumatsu no Valkyrie

One of the big new animes coming in 2021 is Record of Ragnarok which adapts the incredibly popular manga.

Here’s what you can expect:

“The curtain opens on the ultimate showdown between gods and humans from across the globe whose 13 one-on-one battles will determine the survival of mankind!!”

Among the voice cast scheduled for the series are Tomoyo Kurosawa, Hikaru Midorikawa, and Miyuki Sawashiro.

This Italian teen romance series dropped on Netflix last April and will now be returning for its second season. Although not highly well-regarded, the series built a small but notable fanbase.

Summertime is set, as you could’ve guessed, during the summer where we follow the kindling of a relationship between Ale and Summer.

Want to see what’s coming even further down the line? We recently updated our big list of upcoming movies and upcoming series to Netflix in 2021 and beyond.