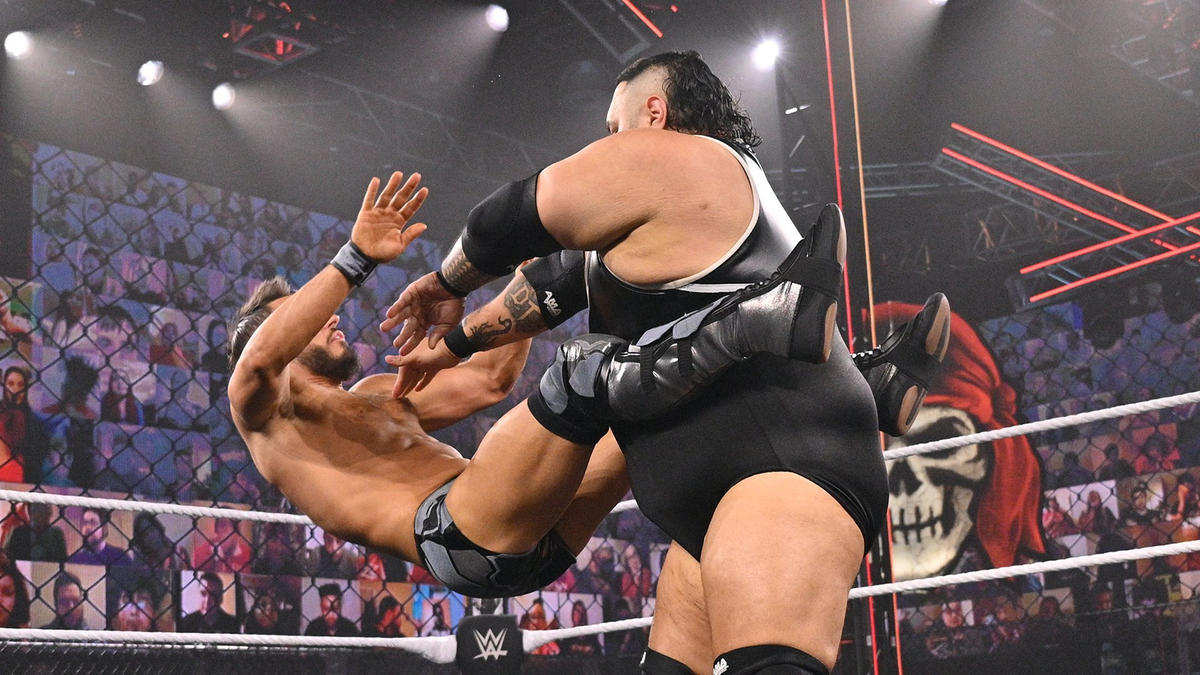 After surviving a grueling Gauntlet Eliminator in Night 1 of Stand & Deliver, Bronson Reed gave Johnny Gargano everything he had in pursuit of the NXT North American Title. Nevertheless, Gargano ultimately reigned supreme over The Colossal Superstar.

It was the power of the gigantic Reed against the technical excellence of Gargano, who looked to chop down and dissect his larger opponent. This included smashing Bronson into the announce table and injured his ribs.

Reed powered back with a powerslam, a chokeslam and more, but the injury had clearly taken its toll and destroyed his pace to keep him from delivering 100 percent. Throughout the matchup, Gargano mercilessly focused on the lower back injury with moves like a devastating backstabber and by locking in the Gargano Escape. Though Reed managed several devastating maneuvers of his own, including a monster suplex and a Razor’s Edge from outside the ring, the slower moving Reed missed moves like the Tsunami largely due of the injury.

Then, shortly after thwarting interference by Austin Theory, Reed failed to hit an incredible moonsault off the top rope and further damaged his ribs in the process, allowing Gargano to finally hit a pair of One Final Beats for the victory.