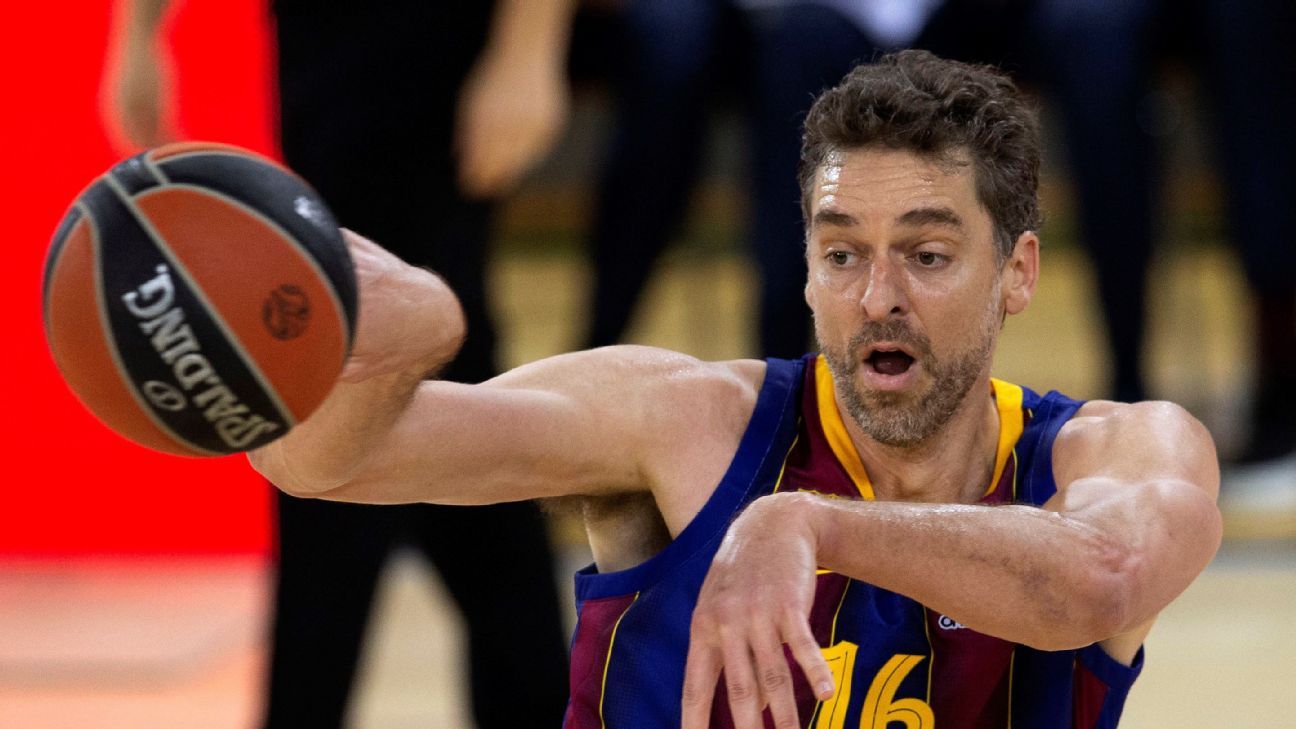 BARCELONA, Spain — Pau Gasol played his first game in two years on Friday after returning to Barcelona, the team where he started his career two decades ago.

The former two-time NBA champion with the Los Angeles Lakers had not played since 2019, when he made his last appearance for the Milwaukee Bucks.

Hobbled since then with a nagging foot injury, the 40-year-old center decided to come back home in hopes of reviving his career in a second stint with Barcelona.