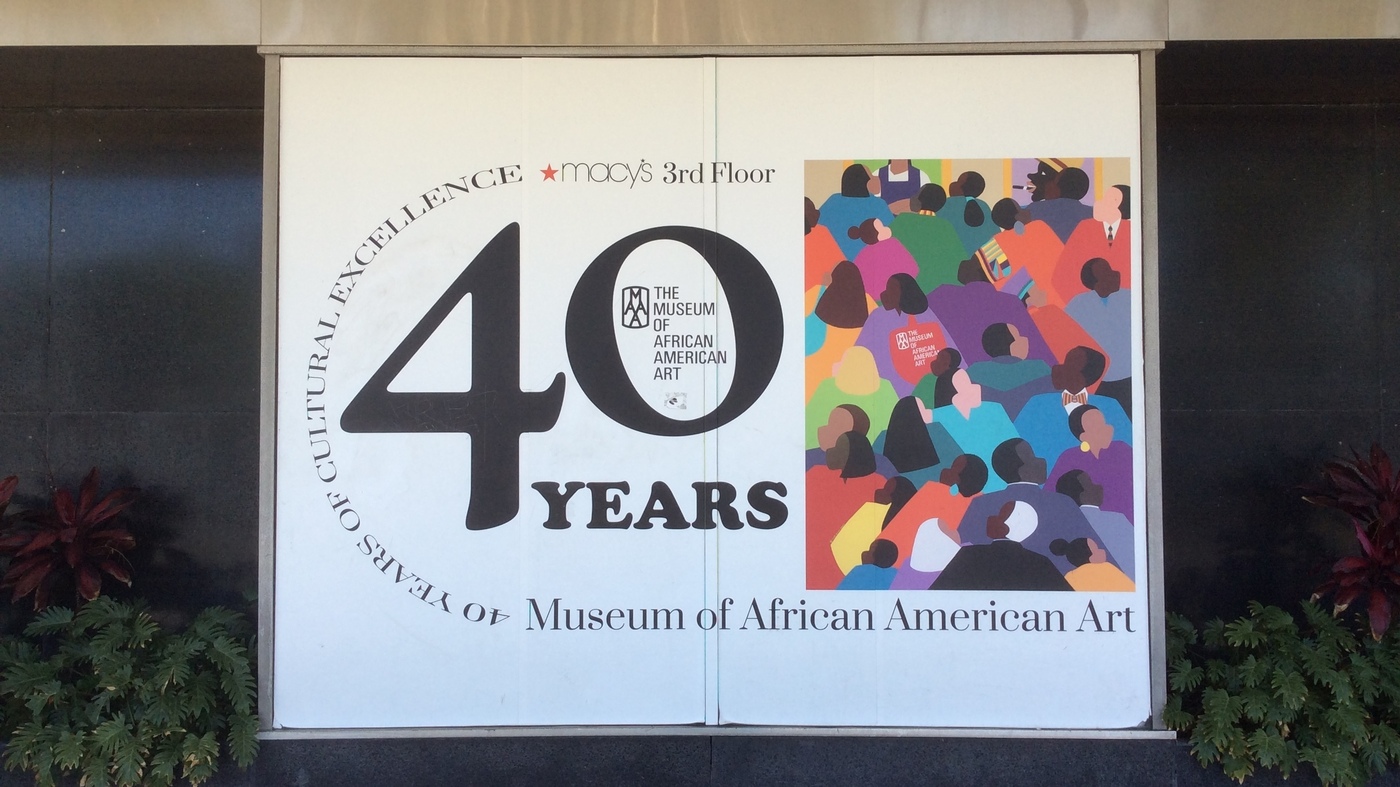 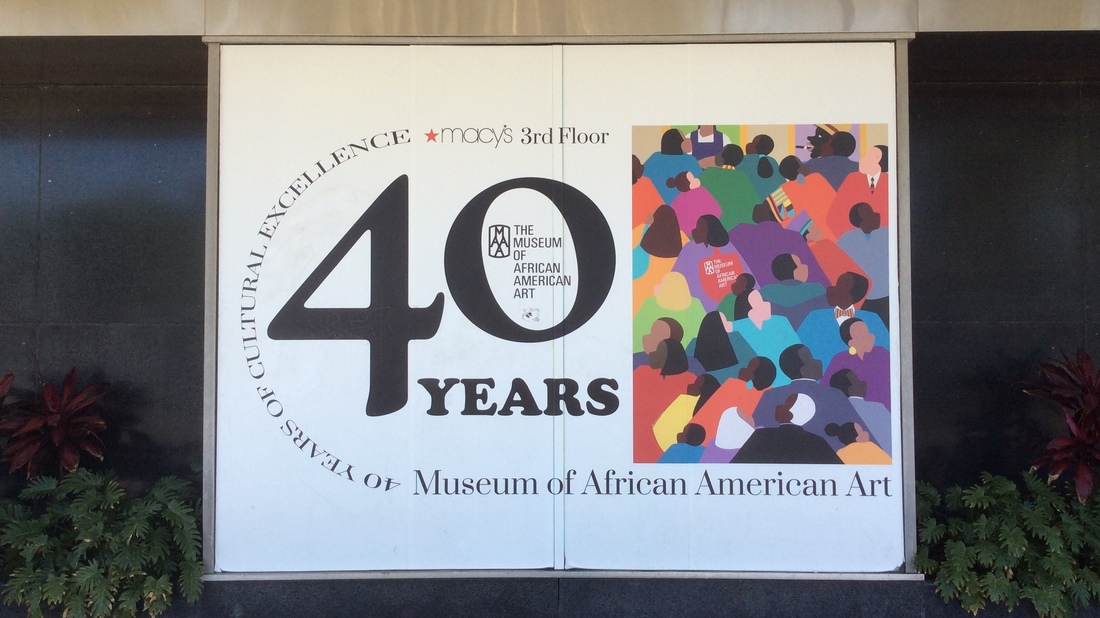 The African American Art Museum in Los Angeles is a “micro museum” tucked away on the third floor of a Macy’s in the city’s Crenshaw district. The museum has been closed since March 2020. 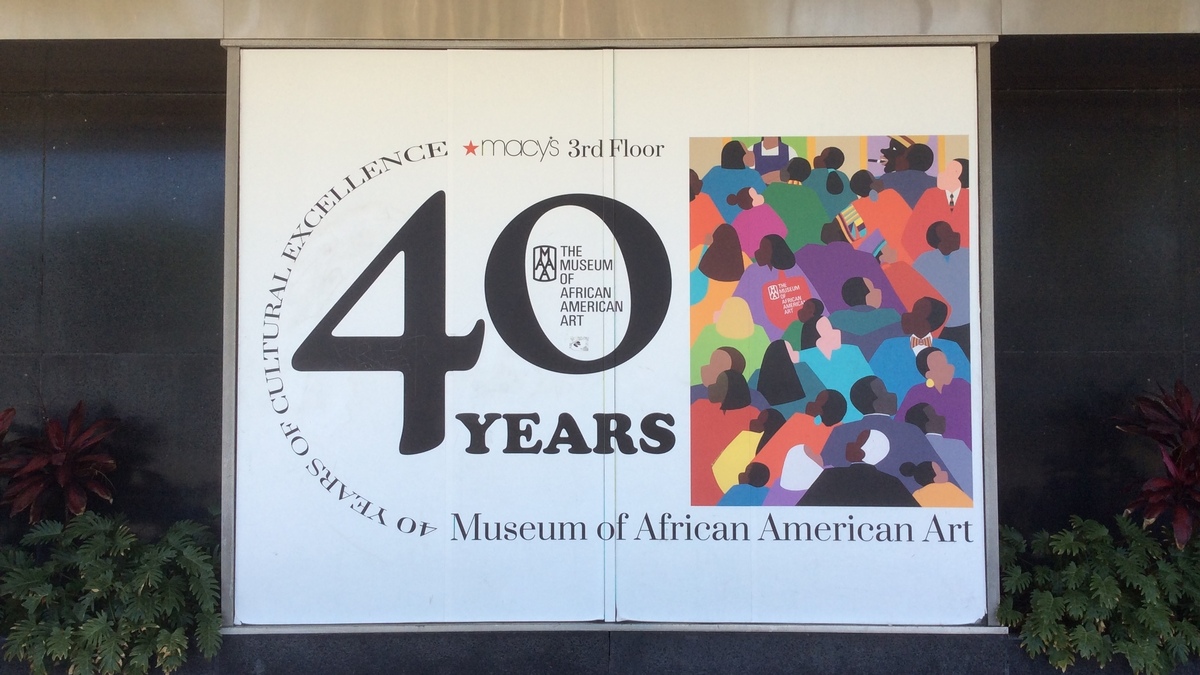 The African American Art Museum in Los Angeles is a “micro museum” tucked away on the third floor of a Macy’s in the city’s Crenshaw district. The museum has been closed since March 2020.

For many small museums across the country, it’s been over a year since their doors have been open to visitors, putting them in the same life-or-death situation as much of the rest of the arts sector.

Some smaller museums have struggled with accessing federal grants. And unlike large institutions, they don’t have large endowments and can’t fall back on deep reserves.

Keasha Dumas Heath is the executive director of the African American Art Museum (AAM) in Los Angeles. Her organization, which she calls “a micro museum,” is tucked away on the third floor of a Macy’s in the city’s Crenshaw district. The museum is best known for its large collection of paintings from Harlem Renaissance artist Palmer C. Hayden.

The museum has been closed since March 2020. That’s because it’s considered an entertainment space — as opposed to Macy’s, which as a retail space has been allowed to be open. For the museum, it’s meant no gift shop sales, no events and no visitors wandering up and leaving a donation while they’re there. In a usual year, that money fuels a lot of their programming.

This past year, the museum has had to rely on state and local grants and donations to keep from closing their doors for good.

It’s not alone. According to an American Alliance of Museums survey of more than 850 museum directors, a third said their museums were at risk of permanently closing. Some already have, like the Bellingham Railway Museum in Bellingham, Wash., and the World of Speed motorsports museum in Wilsonville, Ore.

AAM president and CEO Laura Lott says that when museums close, they usually have to disperse their collections throughout other institutions.

“Museums exist to protect our cultural heritage and the things that we as a society have decided are important,” Lott says. “Unlike a restaurant or a shop, which we would also hate to lose, but would, when economic times return … probably come back in some form, once a museum closes, it’s closed forever, generally.”

Like the African American Art Museum in LA, the National Marian Anderson Museum in Philadelphia has been all virtual for over a year. The museum is dedicated to the Black performer best known for singing on the steps of the Lincoln Memorial after being barred from Washington, D.C.’s DAR Constitution Hall because of her race in 1939.

The museum is in her former home, and it also runs a scholarship program for Black vocalists — a program that Jillian Patricia Pirtle, the organization’s CEO, benefited from herself.

“It has been very devastating,” Pirtell says. “We do not get the type of endowment funding that large corporate museums get. So we rely very heavily on our day-to-day tour groups, in-person visitors, and the fact that we haven’t had that and we’ve had to solely rely on their virtual attendance has been crippling.”

A recent basement flood caused $40,000 of damage to the house. Like the African American Art Museum, they haven’t benefited much from federal relief programs aimed at helping small businesses.

“I’m really hoping that things change for the better in a positive manner with getting help and distribution of it evenly and equally for cultural institutions that don’t fit their cookie cutter mold,” Pirtle says.

In LA, Dumas Heath and her small staff are making preparations now that the city is allowing spaces like museums to open up their doors at a limited capacity again. But there’s a lot to do still to get the space back up and running — like floor decals to direct traffic and acrylic barriers between gift shop cashiers and guests.

She worries about another COVID-19 surge that would force them to close their doors again.

“It does not feel like we’re quite out of the woods yet,” Dumas Heath says.

But she’s hopeful that it won’t be too long until visitors can experience her museum again in person — whether they’re longtime patrons, or folks who just happened to be at Macy’s that day.