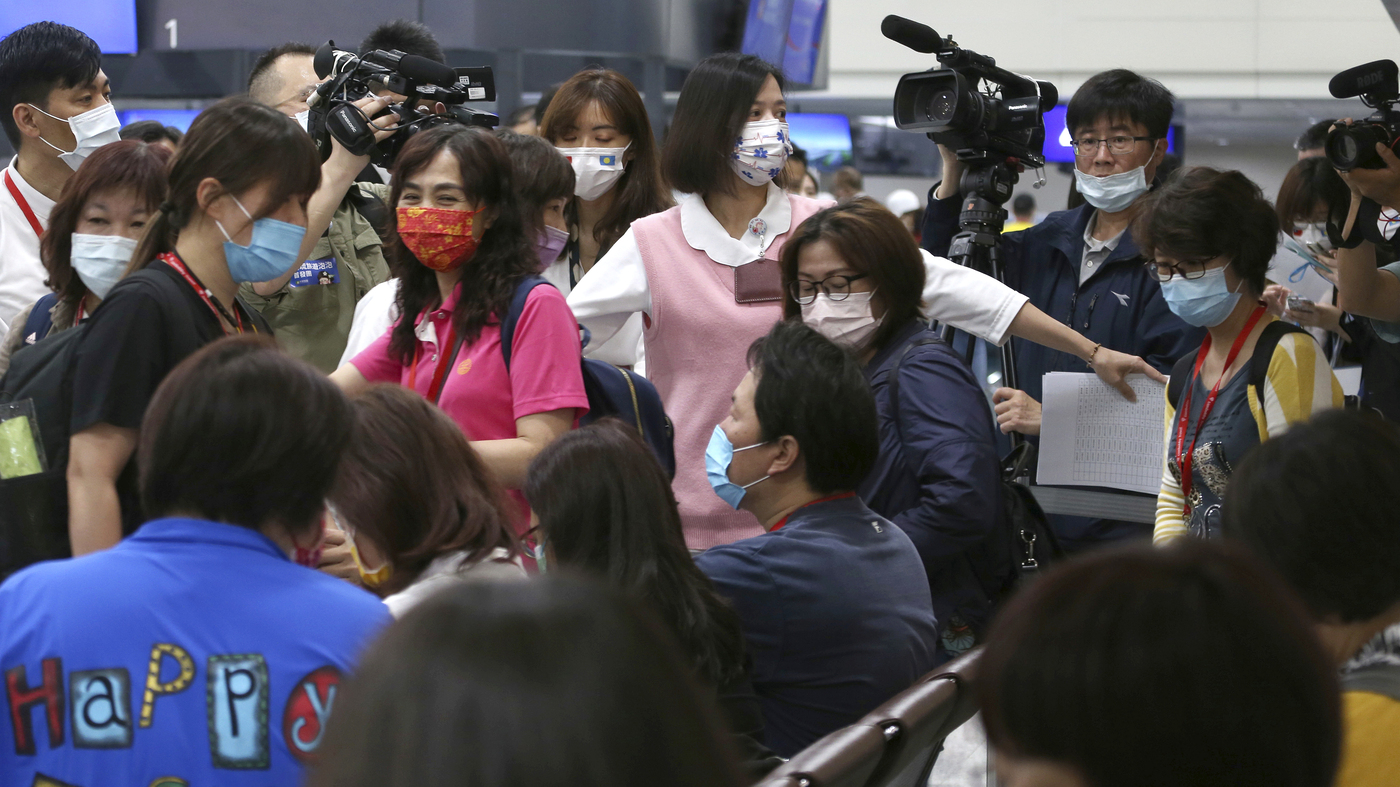 A group of tourists prepares to take COVID-19 tests at Taoyuan International Airport on Thursday, the first day of the new Palau-Taiwan Travel Corridor.

A group of tourists prepares to take COVID-19 tests at Taoyuan International Airport on Thursday, the first day of the new Palau-Taiwan Travel Corridor.

On Thursday, Palau and Taiwan launched what is being touted as “Asia’s first travel bubble,” with an inaugural flight from Taipei landing at Palau International Airport just after 7:30 p.m. local time.

Palau has recorded zero cases of coronavirus infection, and Taiwan has kept the virus largely in check since the start of the pandemic.

“It was something surreal because we haven’t seen this number of tourists since last year, when the borders of Palau closed,” Carreon says.

Palau’s isolation in the North Pacific helped it avoid the pandemic. But its main economic driver, tourism, took a huge hit because of travel restrictions worldwide. Before the pandemic, Palau welcomed around 100,000 tourists a year, according to the World Bank.

The Asian Development Bank projects that the GDP of this Micronesian archipelago, known for its beautiful beaches and dive spots, contracted by 9.5% in 2020.

According to rules governing the Palau-Taiwan Travel Corridor, agreed to last month, Taiwanese tourists do not have to quarantine upon arrival. But they must have a negative COVID-19 test before boarding flights to Palau, register with a Palau government-approved tour group and limit mingling with the public.

There will be two flights a week from Taiwan to Palau to begin with, and if Palau citizens want to visit Taiwan in the future, Carreon says, they will also have to go as part of a group and follow similar restrictions once they arrive.

Palau is among just 15 countries to recognize Taiwan, which Beijing considers part of China. Last weekend, U.S. Ambassador to Palau John Hennessey-Niland visited Taiwan, making headlines as the first sitting American ambassador to do so in over 40 years.

Not everyone in Palau is excited about reopening. Some worry that restrictions, such as limits on hotel occupancy, will make it hard to earn money. There’s also concern about the risk of bringing the virus in.

“After all this hard work for more than one year, we don’t want to see it, because we will end up suffering more than before,” William Tsung, owner of Landmark Hotel, told The Guardian.

About half of Palau’s population of some 21,600 is vaccinated, says Carreon. Thanks to its status as a Compact of Free Association state, which makes it eligible to receive aid and military support from the U.S., Palau has so far received thousands of coronavirus vaccines as part of Operation Warp Speed.

Throughout the pandemic, various plans for travel bubbles have been discussed between countries and cities, and at least one among the Baltic states was started, stopped and started again.

Taiwan’s President Tsai Ing-wen said she hopes the travel bubble “can show the world that this model of safe travel will be feasible,” reports Pacific Island Times.