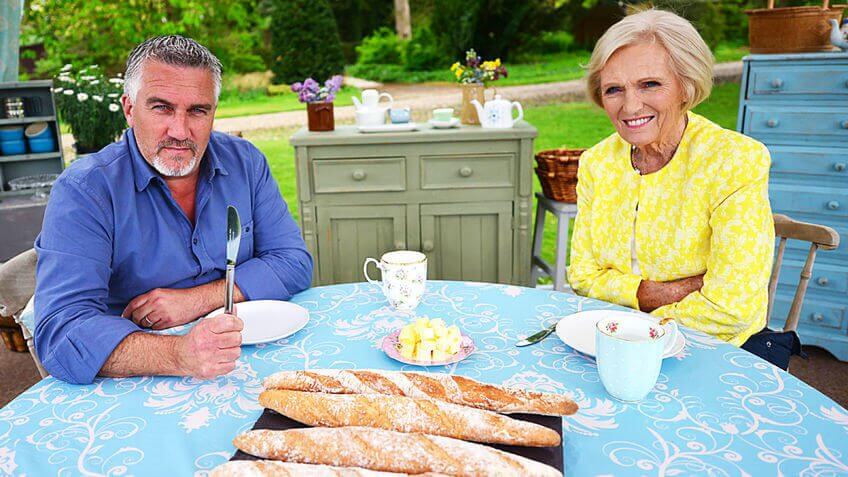 In this series, you see Mary Berry (no longer with the main show) and Paul Hollywood leave the chaos of the tent to teach us how to make the best baked goods in their kitchens using their years of expertise.

As you may know, Netflix in the US has been receiving new seasons of the main show The Great British Baking Show exclusively over the past few years. Last September saw season 11 release on a weekly basis. The same is expected for season 12 later this year although not confirmed.

Both spin-offs of the main show, Masterclass and The Beginnings, still carry PBS branding on Netflix however only Masterclass is due to depart Netflix US on April 22nd, 2021. That’s all four seasons consisting of 20 episodes total departing.

Where the spin-off will head next is unclear. Our best bet is that PBS will stream them via their streaming platforms but it could enter the so-called “streaming nether” where it simply doesn’t become available again.

Masterclass has been streaming on Netflix US since April 2017 with the latest season being added in 2018. The spin-off show was eventually canceled around the same time the show moved from the BBC to Channel 4 in the UK.

Will you miss the spin-off Masterclass series depart Netflix US at the end of April? Let us know in the comments.