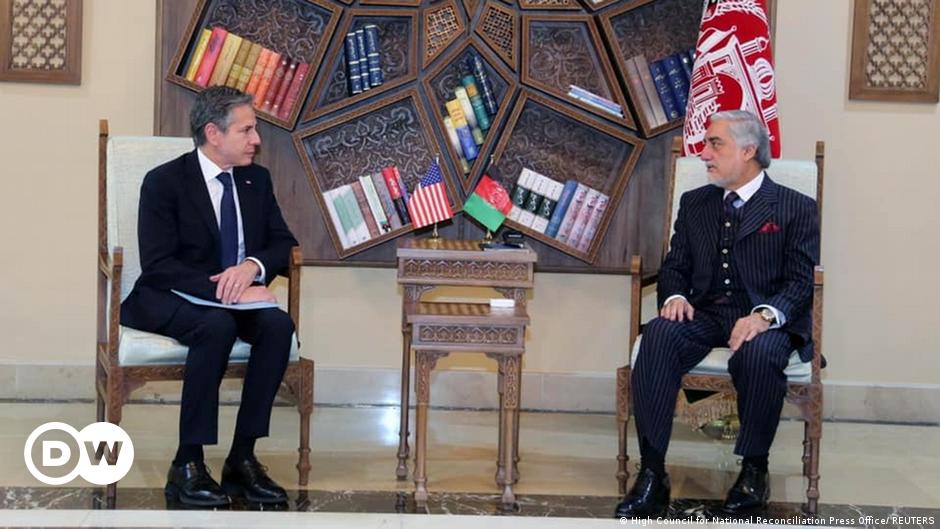 US Secretary of State Antony Blinken made an unannounced visit to Afghanistan on Thursday, in order to show support and brief officials on President Joe Biden’s plans to withdraw all American troops from the country.

Blinken met with Afghan President Ashraf Ghani and senior US officials in Kabul. He had arrived in the Afghan capital from Brussels, where he and Defense Secretary Lloyd Austin briefed NATO officials on the US withdrawal decision.

In Kabul, Blinken briefed Afghan officials on Biden’s announcement to end the ongoing war, which began after the September 11, 2001 attacks.

‘The partnership is changing’

“The reason I’m here, so quickly after the president’s speech last night, is to demonstrate literally, by our presence, that we have an enduring and ongoing commitment to Afghanistan,” Blinken said at the US embassy in Kabul.  “The partnership is changing, but the partnership itself is enduring.”

“We respect the decision and are adjusting our priorities,” Ghani told Blinken, expressing gratitude for the sacrifices of US troops.

Later, in a meeting with the head of the National Reconciliation Council, Abdullah Abdullah, Blinken said, “We have a new chapter, but it is a new chapter that we’re writing together.”

“We are grateful to your people, your country, your administration,” Abdullah said.

Immediately following Biden’s announcement on Wednesday, NATO said it would withdraw its 7,000 non-American forces in the country within the next few months.

Despite billions of dollars in aid, 20 years after the US invasion of Afghanistan, more than half of the country’s 36 million people live on less than $1.90 (€1.60) a day, according to World Bank figures.