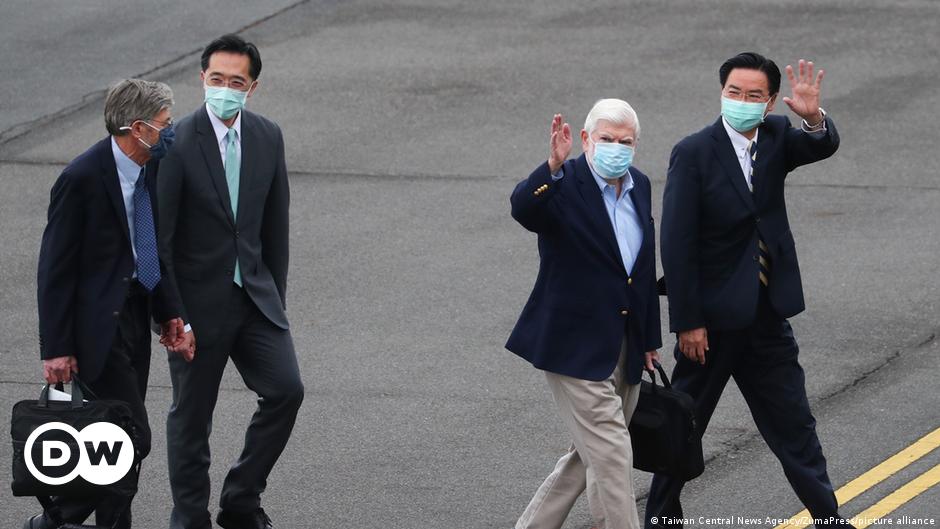 US President Joe Biden sent an unofficial delegation of former officials to Taiwan on Wednesday in a signal of support for the democratic island, which China claims as its own.

“Once again this visit demonstrates the firm relationship between Taiwan and the United States,” said Taiwan’s presidential office spokesman Xavier Chang. The bond is “strong as a rock.”

The visit comes just after Beijing flexed its growing military power on Monday.

He warned the US not to “send any wrong signals to the Taiwan separatist forces, so as not to put more harm on Chinese relations and peace and stability across the Taiwan strait.”

Over the past year, Beijing’s has increased its military presence with Chinese fighter jets and nuclear-capable bombers breaching Taiwan’s air defence zone on a near-daily basis.

Washington has diplomatically recognized Beijing over Taiwan since 1979.

But it maintains relations with Taipei and is bound by an act of Congress to sell the island defensive weapons.

It also opposes any attempt by China to change Taiwan’s future by force.

Biden’s predecessor Donald Trump ramped up contacts and visits to Taiwan by US officials as relations between Washington and Beijing plunged over a host of issues.

US and China have ‘big disagreements’

Despite cool relations recently, the US administration has made its wishes clear to cooperate with Beijing on common causes such as climate change.

US climate envoy John Kerry will visit China later this week. He told CNN: “We have big disagreements with China on some key issues, absolutely. But climate has to stand alone.”

Kerry’s visit comes at a time of heightened tensions between Washington and Beijing on several other issues, such as China’s treatment of its Uyghur Muslim minority and its crackdown on human rights in Hong Kong.