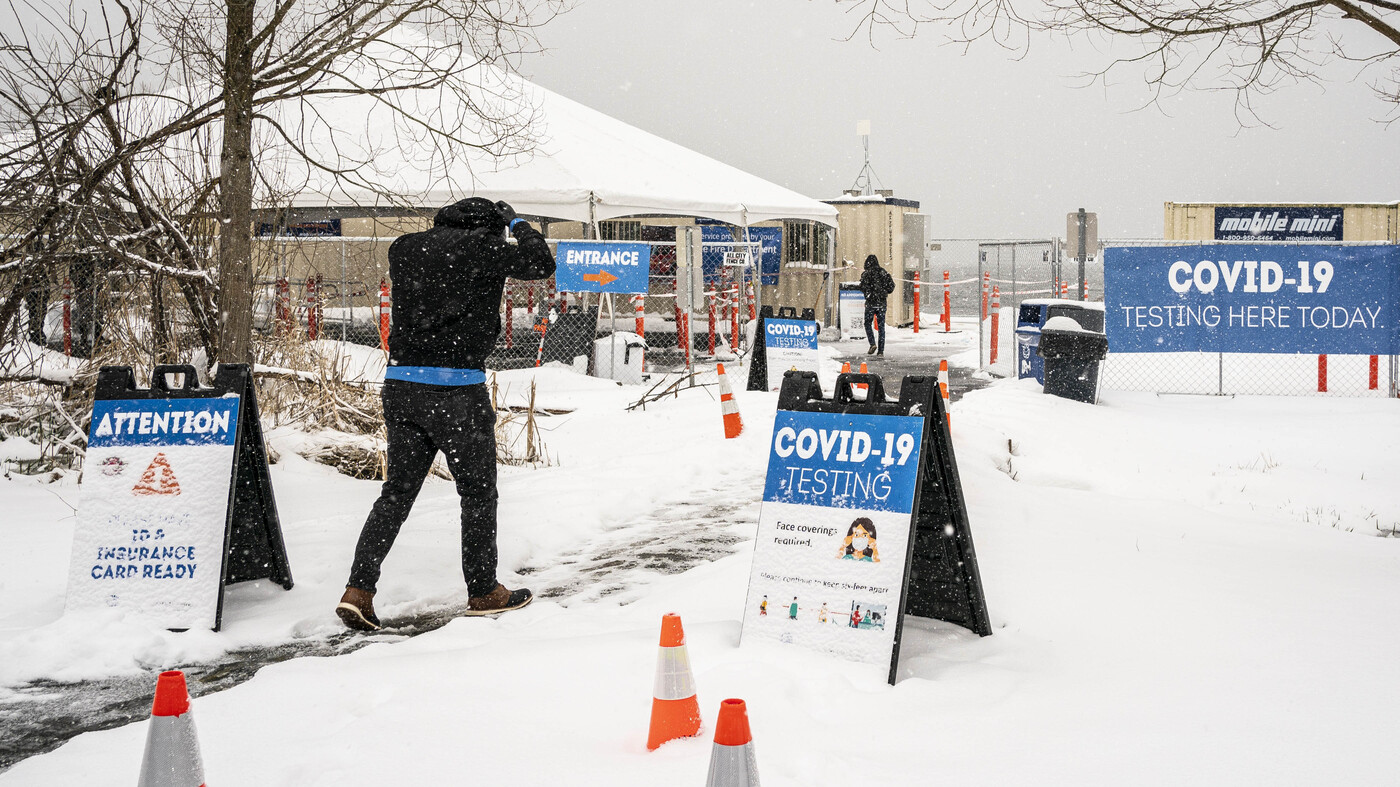 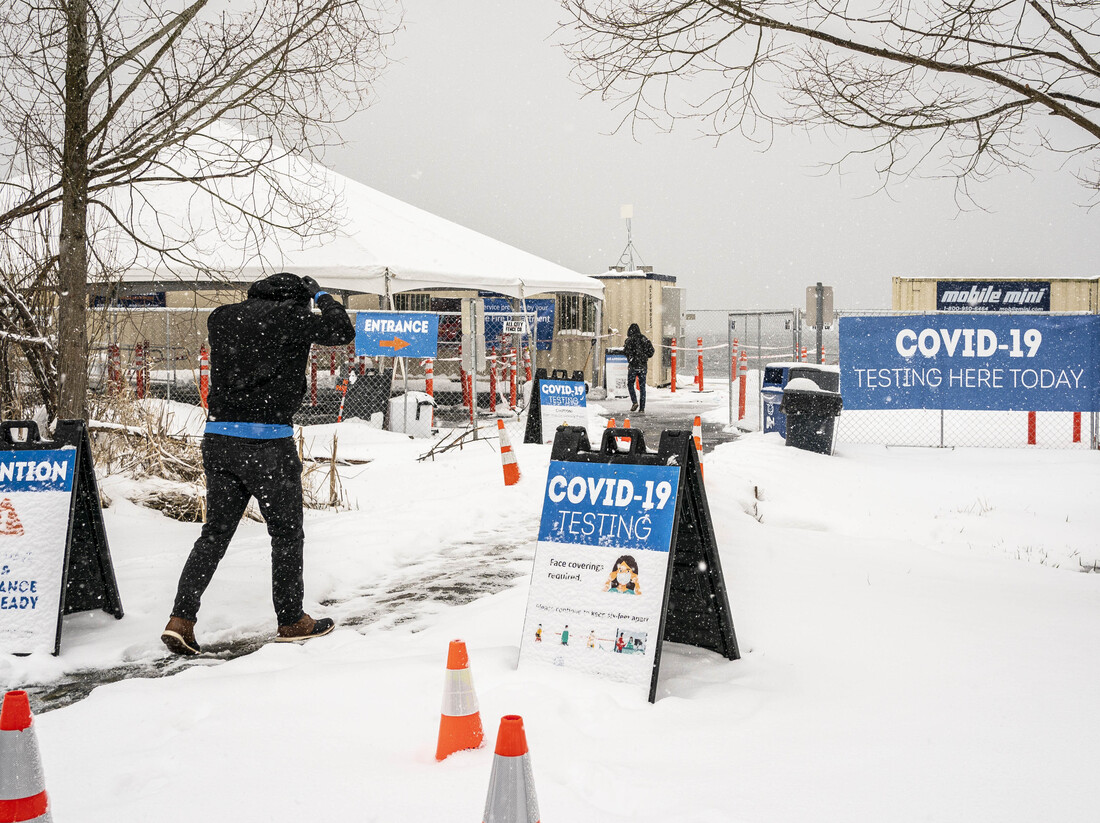 The Biden administration announced on Wednesday a range of initiatives to expand testing capacity in the U.S. A COVID-19 testing site in Seattle is seen here on Saturday. 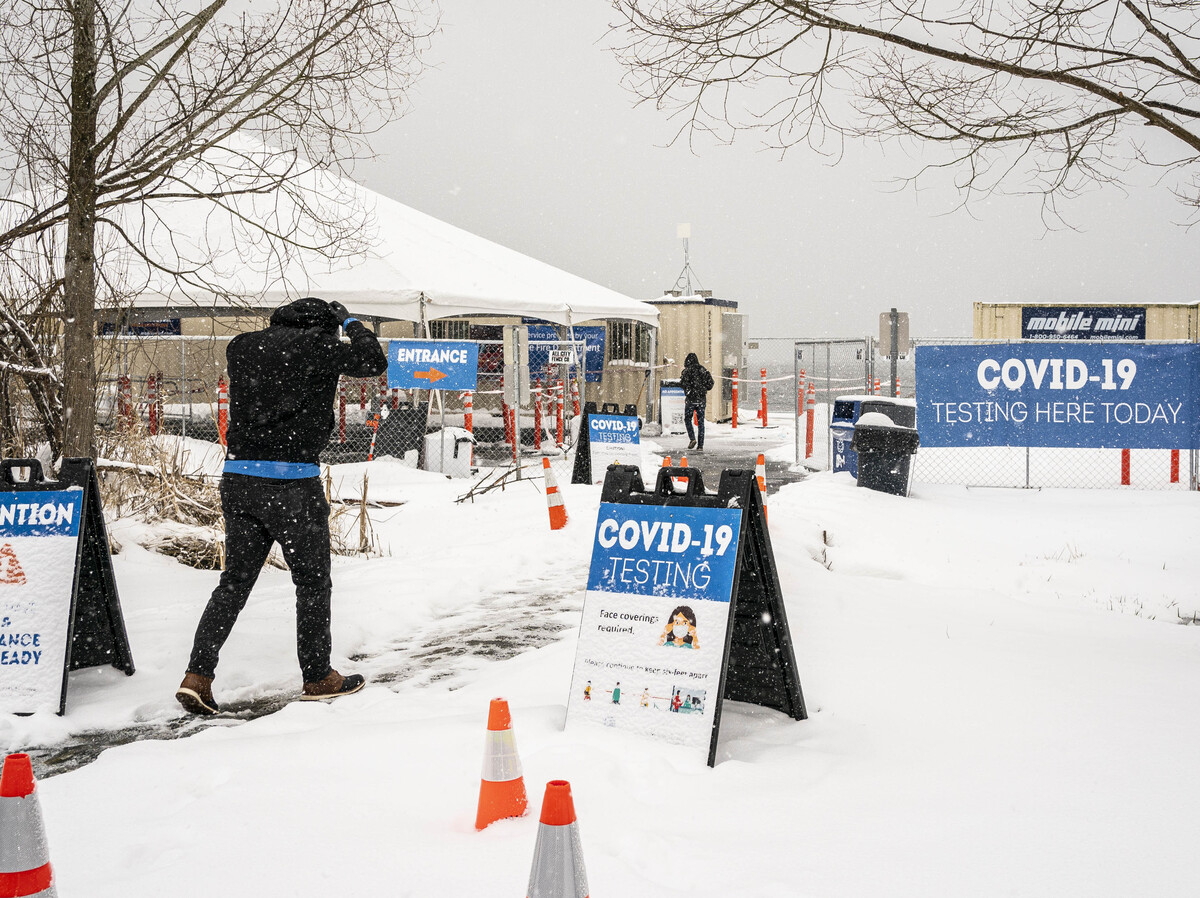 The Biden administration announced on Wednesday a range of initiatives to expand testing capacity in the U.S. A COVID-19 testing site in Seattle is seen here on Saturday.

The White House plans to increase testing capacity in the U.S. through multiple channels, officials said in a media briefing on Wednesday.

The administration says it will spend $650 million to expand testing for K-8 schools and settings where people congregate such as homeless shelters, via new “hubs” created by the Department of Health and Human Services and the Department of Defense. Regional coordinating centers will work to increase testing capacity, partnering with labs and universities to collect specimens, perform tests and report results to public health agencies.

The plan could mean an additional 25 million tests per month, and it’s intended to aid President Biden’s effort to open schools for in-person learning.

HHS and DOD will also spend $815 million to increase domestic production of testing supplies and materials. That funding will go toward manufacturing of supplies including filter pipette tips, polymers used in antigen tests, and injected molded plastics to house testing reagents.

And in a third avenue, the Centers for Disease Control and Prevention will spend $200 million to expand genomic sequencing of the virus — an effort to prepare for the spread of variants of the coronavirus. 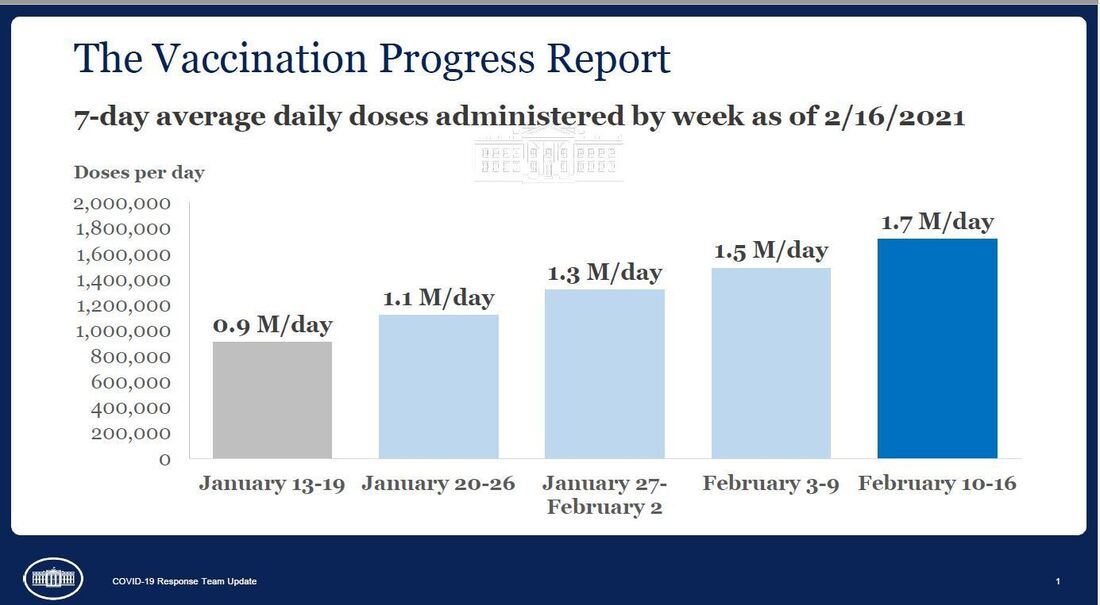 A chart from the White House shows steady increases in the average number of vaccine doses administered each day.

The U.S. has administered an average 1.7 million shots a day over the most recent week. That’s up from 1.1 million four weeks ago.

Zients acknowledged that Johnson & Johnson will not have much vaccine available to distribute right away — assuming the company gets FDA authorization in the next few weeks.

“We’ve learned there is not a big inventory. There’s a few million doses to start with,” he said.

That means the Johnson & Johnson vaccine will help later, but will not play a major immediate role. The company has committed to delivering 100 million doses of its one-dose vaccine by the end of June.

While cases and hospitalizations “continue to move in the right direction,” CDC Director Rochelle Walensky said, she noted there are still more cases than there were at the peak of last summer. The number of U.S. deaths continues to fluctuate, averaging 3,076 a day from Feb. 9-15.

Immediate reaction to the news of increased funding for genomic sequencing of the virus was mixed: some experts hailed the investment, while others thought it too small to accomplish what’s needed.

“It’s a great step in the right direction. If our cases continue to come down, it will get us a lot closer to where we need to be,” said Nathan Grubaugh, assistant professor of epidemiology at the Yale School of Public Health, in an email to NPR.

“It won’t get us to 5% right away, but we won’t get there overnight anyways,” Grubaugh said. “This will help to build the operational infrastructure for a program. Once we get this running, we can seek additional funds to increase the capacity. I think that this is a great start.”

But Joe Derisi, professor of biochemistry and biophysics at the University of California San Francisco, says it’s not enough.

“I think the number should be closer to $1 billion,” he wrote in an email. “It isn’t just about sequencing, it is about going that last mile to make the data actionable on the ground with [public health] partners. That part is time consuming and difficult, and expensive in terms of labor. The sequence data alone is only partly useful,” said Derisi.

Jennifer Nuzzo, senior scholar at the Johns Hopkins Center for Health Security, said she’s glad the Biden administration is ramping up its surveillance for genetic variants.

“But ultimately, even this expanded goal puts the US well behind other countries,” she said in an email. She says that even if the U.S. were able to sequence 25,000 specimens per week, it would amount to about 5% of the total number of new cases that currently occur each week.

“By comparison, the United Kingdom is sequencing more than 20% of its cases. While I welcome every effort to expand sequencing in the US, the expanded sequencing targets may not be enough to sufficiently track where in the country the variants are turning up and to know whether their occurrence is increasing,” she said.